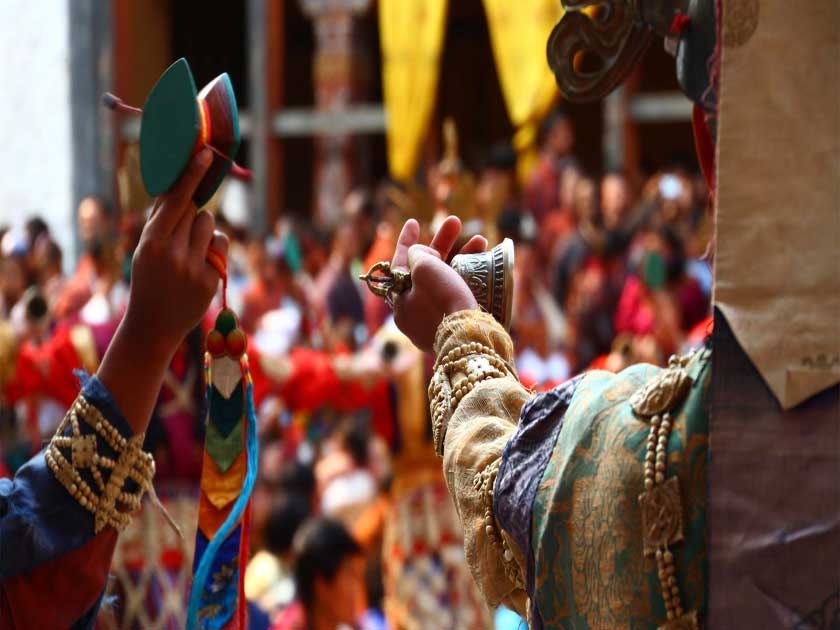 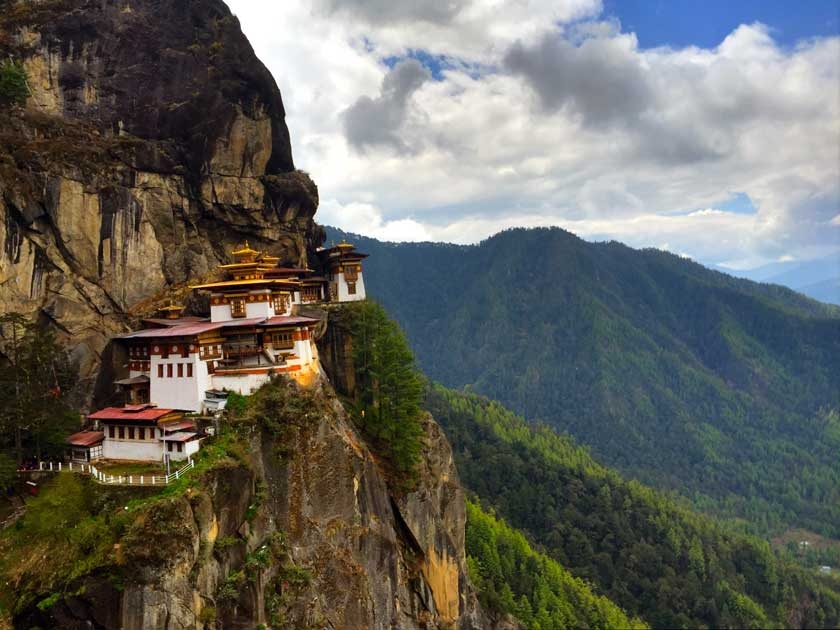 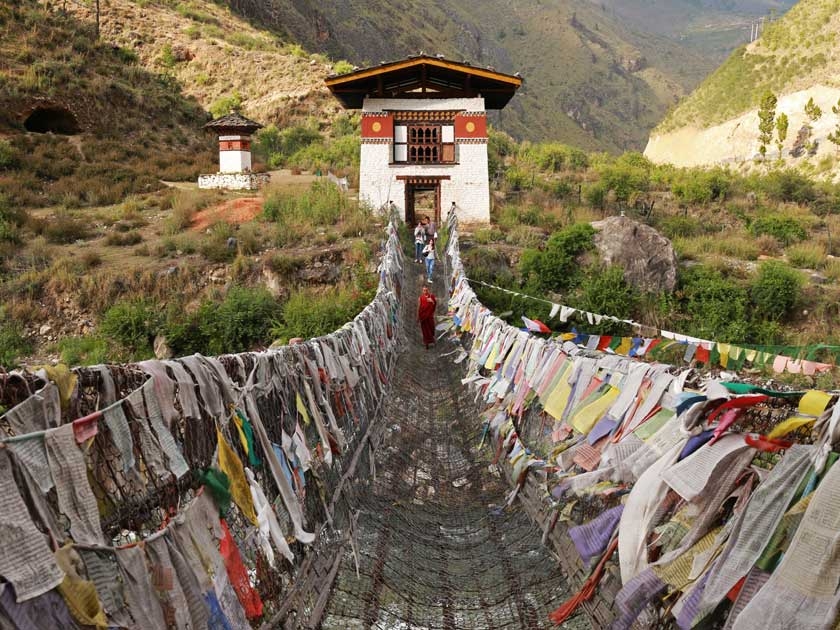 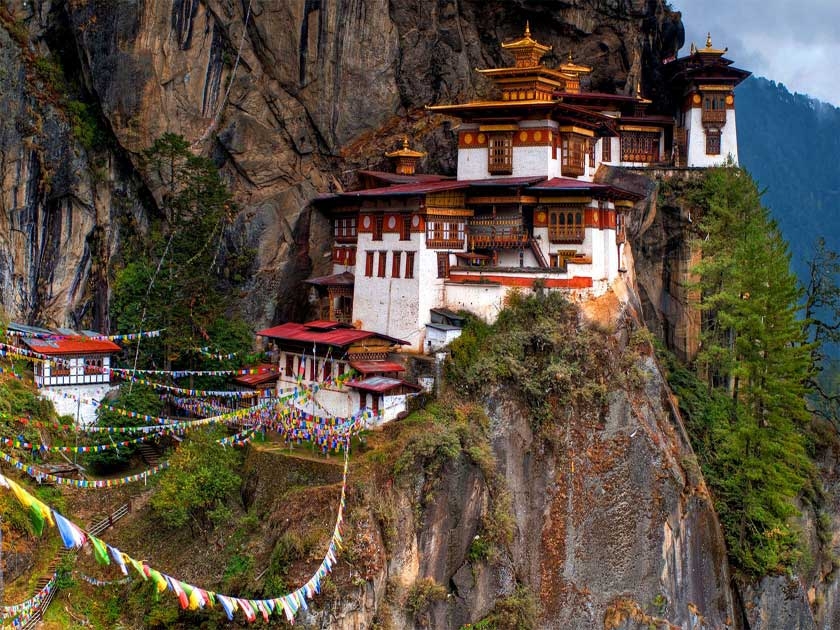 Meet & Greet on Arrival in Bagdogra Airport (IXB)/New Jalpaiguri Railway Station (NJP) & Transfer to Phuentsholing. Phuentsholing is a border town in southern Bhutan. It lies opposite the Indian town of Jaigaon in West Bengal. Over Night Stay in Phuentsholing.

Morning after processing tourist permit formalities, check out from hotel & transfer to Thimphu. Thimphu lies in a beautiful valley, sprawling up a hillside on the west bank of the Thimphu Chuu River and has a total area of about 1809 sq. km. Visitors can enjoy relaxing walk in the valley at evening. Overnight stay at Thimpu.

After breakfast drive to Paro.

After reaching Paro, go for Taktshang Monastery OR Chelela pass excursion. After breakfast excursion to Taktshang Monastery (approx. 5 hours round trip walk): It is one of the most famous of Bhutan’s monasteries, perched on the side of a cliff 900m above the Paro valley floor. It is said that Guru Rinpoche arrived here on the back of a tigress and meditated at this monastery and hence it is called ‘Tiger’s Nest’. This site has been recognised as a most sacred place and visited by Zhabdrung Ngawang Namgyal in 1646 and now visited by all Bhutanese at least once in their lifetime. The hike to the monastery makes a splendid half day excursion.

After breakfast embark on a driving excursion to Chelela pass. At an elevation of 3,988 meters, it is considered to be one of the highest motorable passes in Bhutan. About an hour’s drive along a thickly-forested road, this pass is a botanical paradise. The pass provides stunning views of the sacred mountain Jumolhari and Jichu Drake. It is also marked by hundreds of prayer flags fluttering in the wind. bhutan En route also visit Dzongdrakha temple. Often called as mini Taktsang, Dzongdrakha is a cliff-side temple complex on the western side of Paro valley. Four shrines make up the complex, dedicated to Drolma (Tara), Tsheringma (Goddess of Longevity), Guru Rinpoche and the Buddha of the Future, Maitreya. Local oral tradition states that when Guru Rinpoche first came to Bhutan, he came from Nepal, first landing at Drakarpo, and then Dzongdrakha before arriving at Taktsang (Tiger’s Nest) farther north up the valley Later in the afternoon drive to Drukgyel Dzong, a ruined fortress where Bhutanese warriors fought Tibetan invaders centuries ago. In the early 1954, the Drukgyel Dzong was completely destroyed by fire and today only the ruins remains. The snowy dome of sacred Chomolhari, "mountain of goddess'' can be seen in all her glory from the approach road to the Dzong. While return to the hotel, along the way, visit the 7th century Kyichu Lhakhang, one of the 108 temples built in the Himalayas by Tibetan King, Songtsen Gampo. The building of this temple marks the introduction of Buddhism in Bhutan. Overnight at the hotel in Paro.

After breakfast check out from hotel and transfer to Gorumara - Gorumara National Park is a National Park in the Dooars region of the Himalayan foothills. It is a medium-sized park with grasslands and forests. It is primarily known for its population of Indian rhinoceros. On arrival check in at the hotel. Overnight stay at Gorumara.

50% Payment has to be made in advance and the balance amount must be paid & as per time limit given at the time of confirmation.

Payments can be remitted through any of the following mode and is subject to realization.

Demand Draft: In favor of Cart Your Trip payable at Siliguri.

At Par Cheque: Issue in the name of Cart Your Trip.

3 % transaction fee will be charged for credit card payment.

1. Cancellation charge is applicable on the total package cost.
2. No refund is possible if the tour is cancelled due to bad weather, civil/political disturbance, or anything beyond human control. But there will be full cooperation from the entire team to make an alternate arrangement in such cases.
3. In case your tour booking involves any government accommodation or services, such as tourism department lodges etc. The Cancellation policy will applicable on the package amount excluding government booking. For government booking, the cancellation rules of the concerned authority will be applicable.
4. In case of very high season or special situations, we may communicate a different cancellation rule to you. If Our team members communicated a cancellation rule different from the one mentioned above, then the above rule will not be applicable. Rather the rules communicated by our sales team member will take precedence.

Phuentsholing(1N),Thimphu(2N),Paro(1N),Dooars(1N)- Have a relax & leisure trip to Bhutan

We would be more than happy to help you. Our team advisor are 24/7 at your service to help you.